← more from
Five Easy Pieces
Get fresh music recommendations delivered to your inbox every Friday.
We've updated our Terms of Use. You can review the changes here. 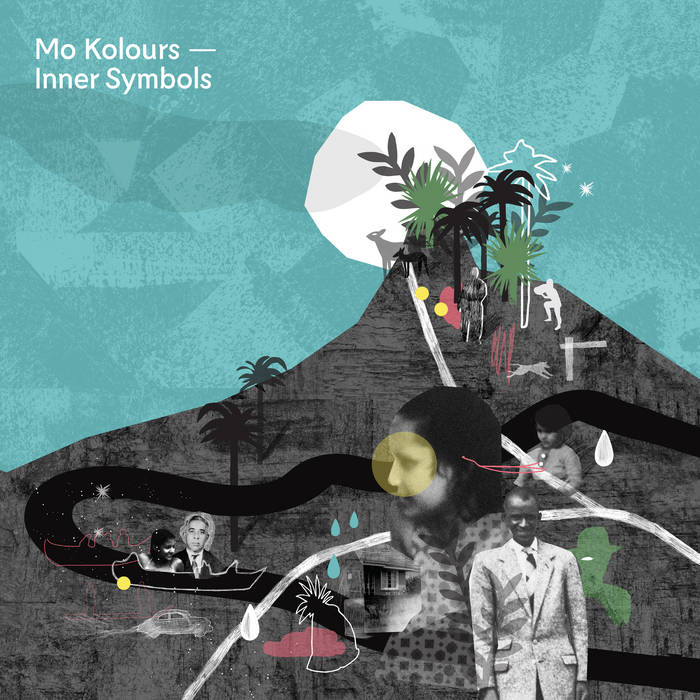 Carey So much to love. Beautiful rhythm-conscious-layered goodness! Favorite track: We People.

You won’t find many producers quoting Plato - ‘Inner Symbols’ takes its cue from the philosopher’s words "Music is a moral law. It gives soul to the universe, wings to the mind, flight to the imagination, charm and gaiety to life and everything''. Influences are many and all, ranging from colonization and African diaspora to Korean shamanism, Doug Hammond to Junior Byles.

“Inner symbols is a musical path that begins within, and reveals itself outwardly, only to return to the INNER. Themes are; introspection, truth, history, family, mental nature of reality, recognizing positivity, greed, honesty, unity, love, ignorance, lust, and of-course DRUMS!”
- Mo Kolours

The entire album was created on a Electro Harmonix looper using samples and live instrumentation and a Roland drum machine. Similarly his energetic, improvised live show sees tracks layered up from loops of voice, percussion and drum machine before skewing in new directions. It’s a thrilling approach which has taken him to clubs and festival stages from Brighton to Brisbane, as well as to the BBC’s hallowed Maida Vale studios at the invitation of Gilles Peterson.

Raised on the traditional sega music of his father’s Indian Ocean homeland alongside records by the likes of Jimi Hendrix and Michael Jackson, Mo Kolours adds hip hop, dub, soul and other electronic styles to his individual sound. His approach could find him placed alongside Madlib or The Gaslamp Killer but he would be equally happy in the company of James Blake, Erykah Badu, Theo Parrish or Moodymann.

Along with Reginald Omas Mamode IV, Jeen Bassa, Henry Wu, Al Dobson Jr and Tenderlonious; he’s helped forge in the 22a co-operative that The FADER calls “a kaleidoscopic patchwork of hip-hop, house, and groove investigations bound by one thread: a timeless belief in rhythm as a universal language”.

Bandcamp Daily  your guide to the world of Bandcamp

Sampa The Great joins the show to discuss her release, "As Above, So Below".